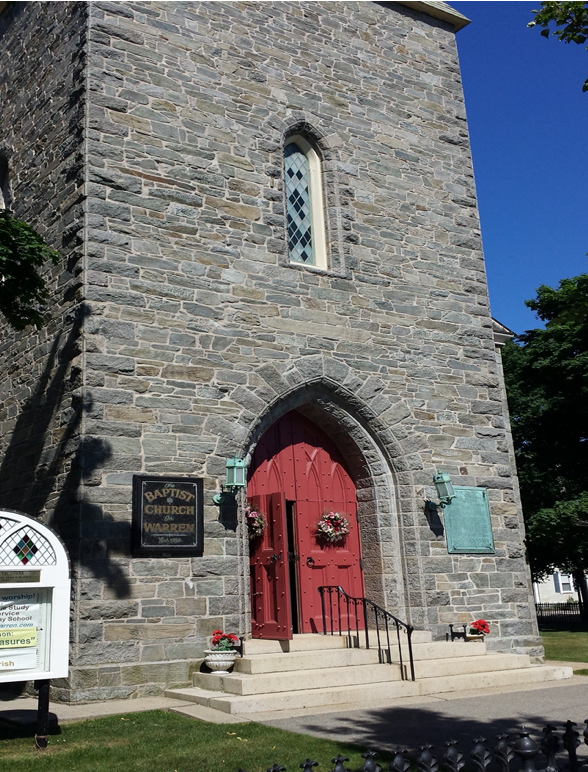 This building is Gothic Revival made of gray granite stone with 14 twenty-five-foot-high arched stained-glass sanctuary windows. The Baptist congregation and church were formed in 1764 and called Reverend Mr. Manning as preacher. Also created was a Baptist School known as Rhode Island College, which relocated to Providence in 1770 and became known as Brown University. Mr. Manning served as its first president.

The building, designed by Russell Warren, is of the same date as the First Methodist Church but reflects new tastes in architecture. This massive stone Gothic-style building commands Main Street and both the northern and eastern approaches to Warren. It is the third church to occupy this site. Essentially a colonial church in form, the simple treatment of its mass, with its surface pierced by a row of pointed Gothic windows, reflects the influence of medieval themes and the desire for rustic simplicity in American architecture popular by the mid-1800’s. 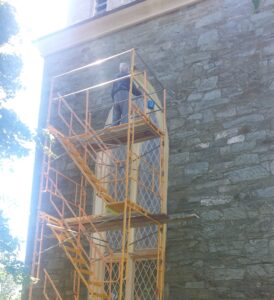 WHF has awarded the Baptist Church grants over several years, for the restoration of the 14 main sanctuary windows and repair or replacement of the two doorways in the Guria Building