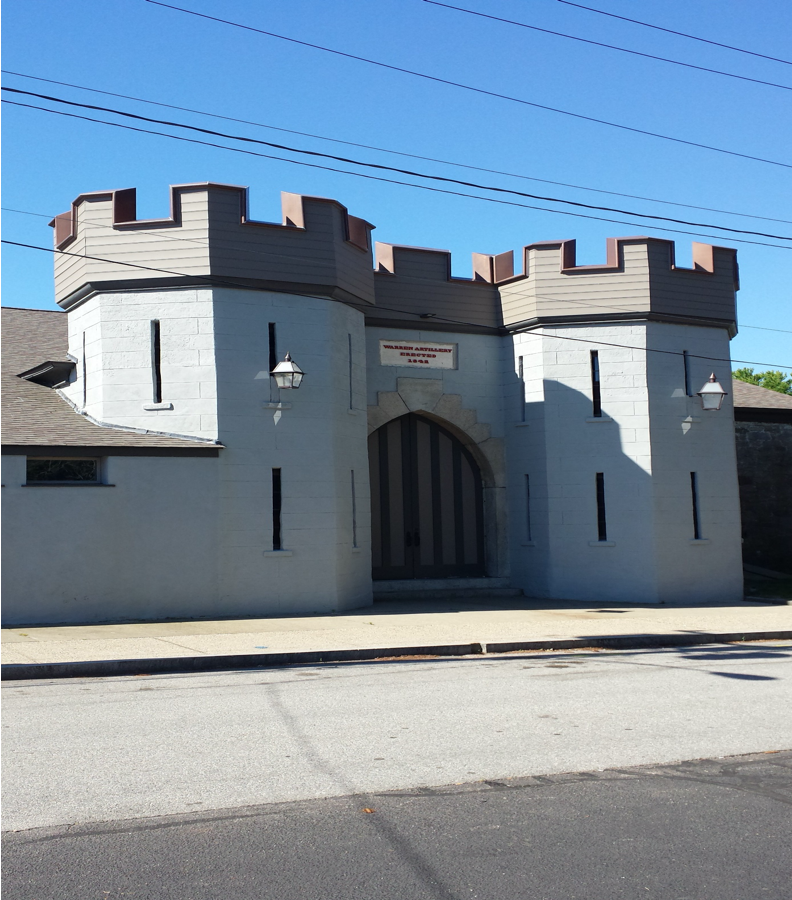 The Warren Artillery Company was formed on May 17, 1842, to support the Rhode Island state government against the Dorr Rebellion. Reputed to be designed by Russell Warren, noted 19th-century Rhode Island architect, Armory Hall is a one-story gable-roofed Gothic Revival Norman French structure with two hexagonal turrets with wooden castellated towers. The two turrets are stucco-covered brick and field stone.

WHF has awarded Armory Hall matching grants to support restoration of five rear diamond patterned arch-shaped windows, the cupola and turrets and the stage and the murals in the main hall. Other projects have included repointing of the exterior east brick wall, reopening the southwest cellar window to provide egress and installation of period gutters and downspouts on the west and north side of the building.